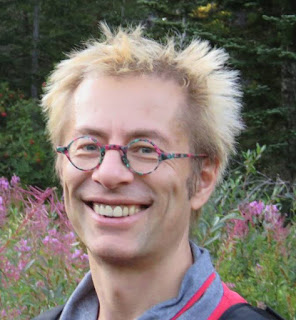 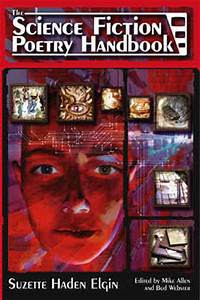 Can you go through the step-by-step process of writing this poem from the moment the idea was first conceived in your brain until final form?   I don't usually start a poem with an intention, but allow the intention to be found in the process. For me, a poem starts with experimental stabs at something – language, meaning, story. For years, the single-verse prototype sat on my hard drive waiting for an additional spark. The notion of a sci-fi poem kept its attraction. It’s an unusual combination in my reading experience. 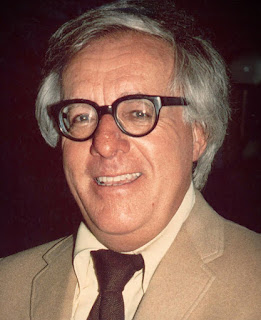 As a lifelong fiction writer and reader, I have strong reservations about “genre” writing – any genre – including sci-fi. In my opinion, only very few authors typically classified in this category have been able to arise to the level of serious literature (most notably Ray Bradbury (Left in 1975) http://www.raybradbury.com/).  With sci-fi in particular, so much effort often has to be dedicated to world-building and plot that both become goals of their own and develop with diminished regard for the work’s emotional, ethical and intellectual objectives. 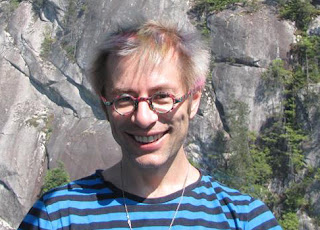 In short, this seemed a worthwhile challenge. Not only the poem’s futuristic reality, but the notion of creative responsibility it ponders, demanded more attention. At some point in 2015, I gave it another try. (Right:  Anatoly Molotkov in 2015.  Copyright permission granted by Anatoly Molotkov for this CRC Blog Post Only) 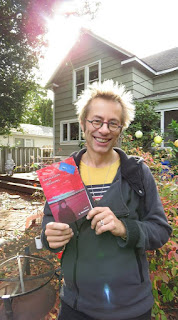 Growing the poem from one verse to its final twelve-verse form was about adding details that seemed moving and genuine – or humorous in an unobtrusive way that may offset the tragic main theme. I also ran the poem by my three writers’ groups. (Left:  Anatoly Molotkov holding his poetry collection Application of Shadows where "Persistence of Memory" is included.  October 2018.  Copyright permission granted by  Anatoly Molotkov for this CRC Blog Post Only) 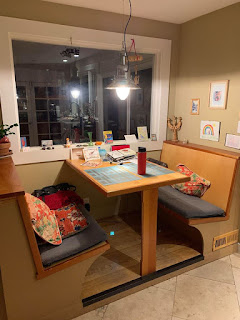 Where were you when you started to actually write the poem?  And please describe the place in great detail.   I can't remember where the original prototype was written – that was over a decade ago. The more recent work on fleshing out The Persistence of Music occurred in my kitchen downstairs (Right)– it opens onto a street corner and, at night, creates a sense of overlap between the warm, light internal world and the dark universe outside. I write after midnight, when everyone else is asleep. 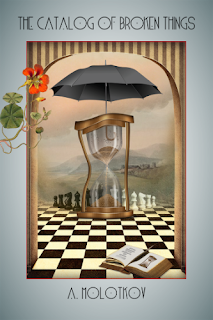 What month and year did you start writing this poem?   I would place the prototype somewhere around 2005.
How many drafts of this poem did you write before going to the final? (And can you share a photograph of your rough drafts with pen markings on it?)   Probably 15-20. I haven't kept them. I realize many writers are sentimental about their revision process and keep their early drafts. To me, early versions are revised for good reasons and superseded by better ones. I wouldn't want to share sub-par lines with the world or pollute my own mind or my archives by keeping track of them. 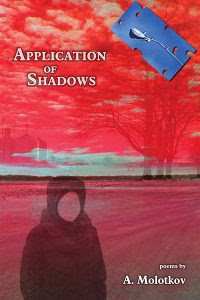 I’ve made an exception with the first draft quoted above because it’s so different from the final poem and I happen to have it memorized (which reminds me that I had pondered this brief snippet for years before writing the final version).
Were there any lines in any of your rough drafts of this poem that were not in the final version?  And can you share them with us?   The entire original draft is not in the final version. It went like this:
In the lobby of a space station, alien police
hang suspects by the toes. Cries
fill the air. An upside-down
tortured face asks for help. “I’m just
a visitor,” I reply. “I too
need help. I’ve brought
a mouthful of music, but no
one wants it.” 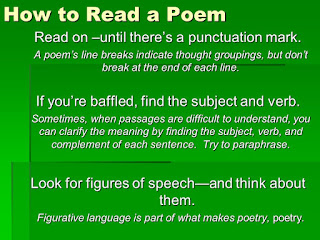 What do you want readers of this poem to take from this poem?   I’m uncomfortable imposing my interpretive preferences on the readers. My hope is that the poem leaves enough room for each reader to walk away with her or his own personal reaction. 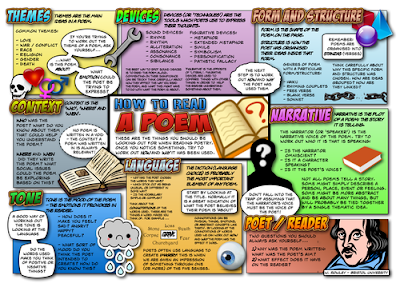 Which part of the poem was the most emotional of you to write and why?   The ending is emotional to me, as endings tend to be – as a writer, one wants the catharsis, the emotional weight around the last lines. 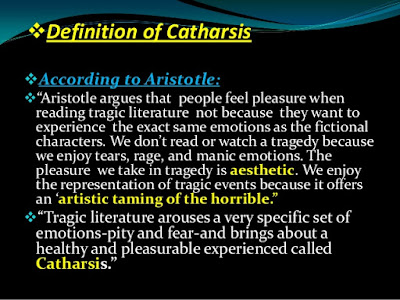 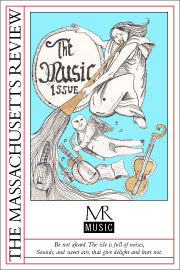 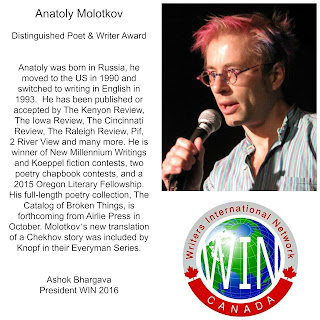 Anything you would like to add?   Thank you for these questions – it’s rewarding to stop and think about the creative process and its relationship to time. In a way, the poem itself is a commentary on that.


The Persistence of Music

Yesterday, blue rain fell on me. I found my hair on the pillow: lovely beige clumps,
dry like distance.
I remember your hands running through it. I’m on read-only access.

There is nothing unique about being archived. Next upgrade may be my last. I recall
your final breath
drawn through the tube, the DNA collector’s smile as I waited.

You are pure data now, immune to time, as my memory fades. They say
the Outer Planets
are more hospitable to my kind, but I’m loath to leave this place we shared.

Maybe I should sing again. But who would listen? My survival stock drops daily. Tomorrow,
an afterthought.
Your DNA reveals compassion skills, something I have always valued.

I noticed you first in the maintenance line, handing out plugins, your smile
patient and kind,
the way you paid attention to everyone, even lower grade aliens.

You reminded me: there are still songs to sing. Without you, I don't know how
to be me.
I lack self-confidence, I doubt my uniqueness index, the very thing you used to like about me.

Is a song too small, cowardly? Can music matter to those in pain and
beyond pain?
Your DNA descends from homo sapiens – how old-fashioned. To me,

you were breathtakingly beautiful, no matter your origins. You wanted me to sing,
not for you,
but for myself and those who can hear. You made my future possible,

you helped me even as your own future was coming to an end. You’d mentioned a pending upgrade,
but I ignored you. My blindness bites, chews at me. I’m knee deep in song.

I wish we could replay with full audiovisual feedback, rewind. You were the all of all,
and even this
doesn't say enough. You were the only path, and you ended. I open myself to what

you lacked in me, to the way you wanted me to be. One of the Outer Planets will be named
after you,
preserved in thought and harmony, so others can fondly say you, not knowing it’s you.

I love you more since you were shut down. You tick in me without winding. I know you
bit by bit.
I learn from your absence. My mouth is dry, my vocal chords atrophied, yet I sing.