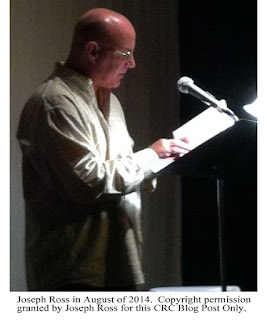 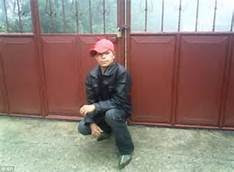 Can you go through the step-by-step process of writing this poem from the moment the idea was first conceived in your brain until final form?   In July of 2014, I was visiting relatives in Southern California and spending a few vacation days in Palm Springs. While there, I read an article about Gilberto Ramos (Above Right), a fifteen year-old Guatemalan boy who recently 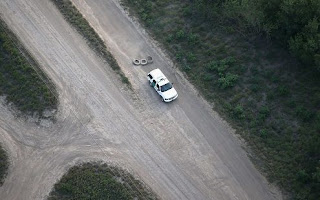 died in the Texas desert (Left) having crossed the border from Mexico into the United States. He was trying to reach his

brother who already lived here. I read that his mother placed a rosary around his neck when he left Guatemala and that rosary provided  the only way his body could be identified. I remember scribbling down all the details the article contained and I began to write the poem that night. I too had a mother who regularly prayed the rosary so I felt a kind of kinship to this young boy. 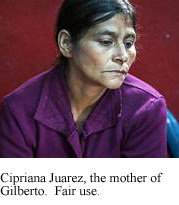 I tried to imagine the sorrow of a mother as she sends her second son off into the world for a better shot at life. I tried to imagine the horrific way this boy must have died: thirsty, hungry, and alone. I knew I wanted to create an elegy to remember him. I am a deep believer in elegies, in their ability to bring someone back 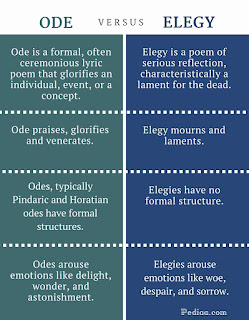 to us, someone whose physical life has ended. I believe the elegy has a kind of resurrection power. While it does not literally bring a person back to life, it does bring them back in a real way, into our imagination, our consciousness, our hearts. I hoped a poem about Gilberto Ramos would do 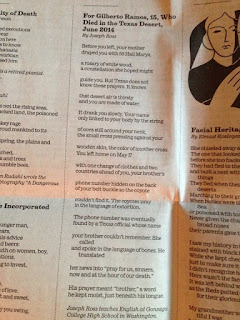 this. While I usually revise poems for months, this poem got only a few revisions and within a few weeks, I sent it to the Los Angeles Times (Left) who published it in August, 2014. It later became the closing poem in my third book, ACHE, from Sibling Rivalry Press. Since its publication, many people have asked me to read it at readings, it has been re-published several times. I hope the story of this young boy and his mother might open our hearts a bit. 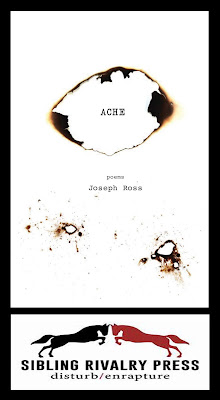 Where were you when you started to actually write the poem?  And please describe the place in great detail.   I began writing “For Gilberto Ramos” sitting by a pool on a 90-degree morning in Palm Spring, California. I had a cup of coffee and a plate with toast and jelly on the table with my notebook. I start most of my poems with a black pen, on paper. 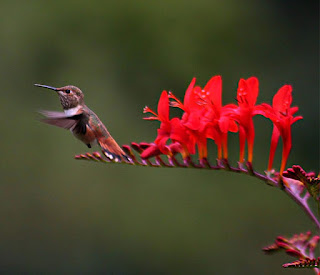 The morning was silent except for the darting of hummingbirds around the desert flowers in the gardens around me. I remember the morning very well because the poem seemed to come out of my pen so easily. 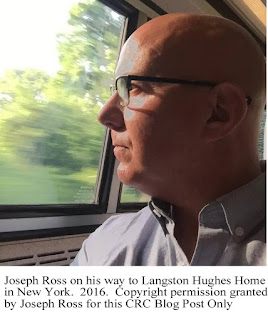 How many drafts of this poem did you write before going to the final? (And can you share a photograph of your rough drafts with pen markings on it?)   I recall that there were three or four drafts of this poem but it came out initially in basically the same form it ended in. I made a few changes to the initial draft, but, unusual for me, my first draft nearly became the final draft, very few edits.

Were there any lines in any of your rough drafts of this poem that were not in the final version?  And can you share them with us?   I initially had a few lines describing what Gilberto Ramos’ death might have been like. I tried to imagine his hands on the desert sand. The more I looked at those lines I realized the poem needed restraint, not hype. This boy’s death was awful enough. I remembered that simple descriptions would touch the reader more than intensity. The truth was, as we say, bad enough. (Left:  Clothes that Gilberto Ramos was wearing at the time of his death) 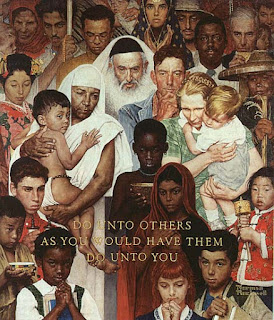 What do you want readers of this poem to take from this poem?   I am struck by the fear and anger at immigrants all over the world. Whether people are fleeing war in Syria to get to Europe, or whether they are fleeing from Sub-Saharan Africa trying to cross the Mediterranean, or whether they
are fleeing violence and poverty in Central America to get into the United States, I don’t understand the fear and anger.  I don’t understand the ownership some people seem to feel about their own land. None of us chose to be born in the country of our birth. None of us owns the land in which we live. 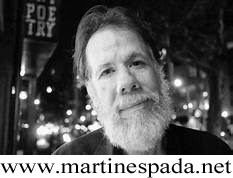 So how to people get so righteous and angry about poor people fleeing from conditions any of us would also flee?  What do I want readers to take from this poem? I hope the poem might stir up more compassion and perhaps even love for those whose lives are in danger. I hope the poem might open up a reader to consider this boy, a young boy, his mother, any mother, to more kindness and patience than we normally show people we think are strangers. 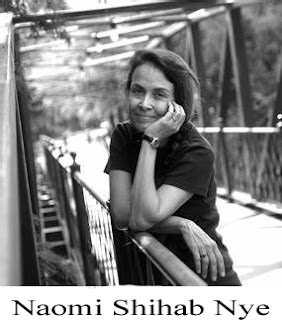 Which part of the poem was the most emotional of you to write and why?   These lines hurt me to read: “But Texas does not / know these prayers. It knows // that desert air is thirsty / and you are made of water. // It drank you slowly.” 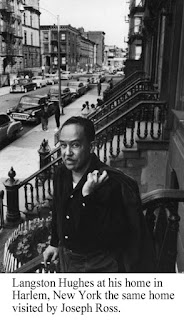 Anything you would like to add?   I would just add that I believe in the power of poetry to move us and to make us better people. I have experienced this in my own life. When I read poems by Martin Espada, Naomi Shihab Nye, Langston Hughes, among others, I have been changed and I hope some of my poems can offer that to readers as well.


For Gilberto Ramos, 15, Who Died in the Texas Desert, June 2014
By Joseph Ross
Before you left, your mother
draped you with 50 Hail Marys,
a rosary of white wood,
a constellation she hoped might
guide you. But Texas does not
know these prayers. It knows
that desert air is thirsty
and you are made of water.
It drank you slowly. Your name
only linked to your body by the string
of aves still around your neck,
the small cross pressing against your
wooden skin, the color of another cross.
You left home on May 17
with one change of clothes and two
countries ahead of you, your brother's
phone number hidden on the back
of your belt buckle so the coyote
couldn't find it. The coyotes pray
in the language of extortion.
The phone number was eventually
found by a Texas official whose name
your brother couldn't remember. She called
and spoke in the language of bones. He translated
her news into "pray for us, sinners,
now and at the hour of our death."
His prayer meant "brother," a word
he kept moist, just beneath his tongue. 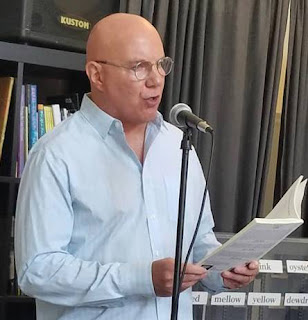 Joseph Ross is the author of three books of poetry: Ache (2017), Gospel of Dust (2013) and Meeting Bone Man (2012). His poems appear in many anthologies and journals, including Xavier Review, The Southern Quarterly, and The Los Angeles Times.  (Right:  Joseph Ross during a poetry reading in August of 2018.  Copyright permission granted by Joseph Ross for this CRC Blog Post Only) 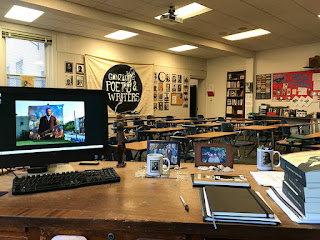 He teaches English and Creative Writing at Gonzaga College High School in Washington, D.C. (Left) and writes regularly at www.JosephRoss.net