#58 Backstory of the Poem "BLOCKADE" by Brian Burmeister 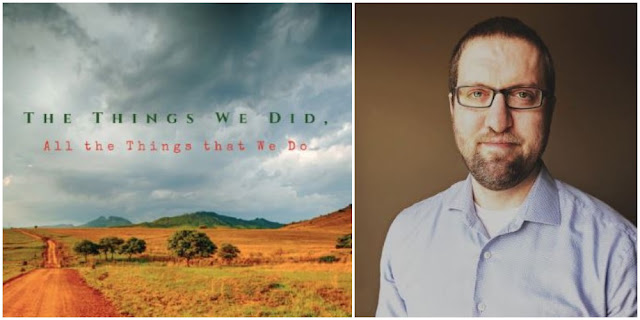 #58 Backstory of the Poem
“BLOCKADE”
by Brian Burmeister

Can you go through the step-by-step process of writing this poem from the moment the idea was first conceived in your brain until final form?   I started writing “Blockade” more than a decade ago. The humanitarian crisis in Darfur was at a fever pitch at the time, and the work of New York Times reporter Nicholas Kristof, who widely covered the situation on the ground, really opened my eyes. The more I learned, the more I wanted to help.
I kept reading and reading. 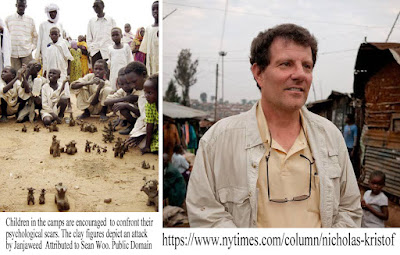 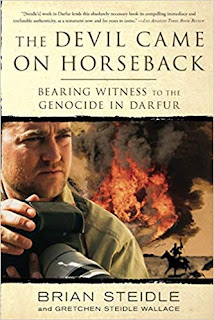 Kristof’s articles became a gateway for me: there were so many great books raising awareness—The Devil Came on Horseback by Brian Steidle and Not on Our Watch by Don Cheadle and John Prendergast are incredible examples—and they all hit on the idea that the world doesn’t have to be like this. That was the first time I'd ever been moved to activism.  And it was during that time I tried, also for the first time, using poetry as a medium to raise awareness for crucial issues.

This poem’s story is an amalgamation of many of the heartbreaking tales I’d heard or read coming out of that region and in other war-torn places on the African continent. It’s impossible, for instance, to watch Lisa F. Jackson’s documentary The Greatest Silence about the unfathomably widespread acceptance and application of rape as an inherent spoil of war in the Congo, and not simultaneously hate our world while still loving it so much you want to make it better. “Blockade” is very much inspired by that film and the brave women who shared their stories in it. 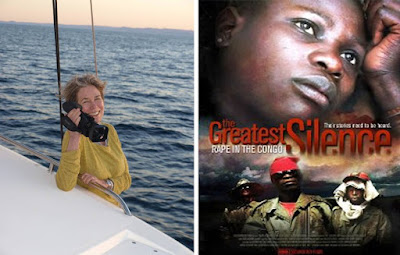 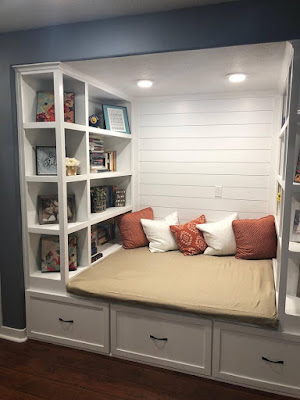 Many of the poems I wrote at that time tried to focus on one moment, one interaction, to tell a bigger story. I definitely wasn’t always successful in these aims, but my hope from the first word I typed of “Blockade” through the entire editing process, and on to today, was that the poem could spotlight some of the unforgivable systemic problems faced by victims around the world, while also recognizing the incredible bravery and humanity of those who have had some much taken from them yet still choose to risk even more in the name of justice. (Right:  Brian Burmeister's writing space.  Copyright permission granted by Brian Burmeister for this CRC Blog Post Only)

Were there any lines in any of your rough drafts of this poem that were not in the final version?  And can you share them with us?   One of my original intentions with “Blockade” was to have it function in an expository role at the start of a larger collection of poems. To this end, the first iteration of “Blockade” consisted of a poem in two halves: two distinct stories working in tandem to provide a foundation for the types of tragedies that live on long past the perpetrated violence. As I began assembling and arranging poems for what would become The Things We Did, All the Things that We Do, I made several tough choices and saw my vision repeatedly change. Amidst the other poems, I no longer felt the first half of “Blockade”—which was a found poem from the documentary film Darfur Now—added any content or themes which were missing elsewhere, and the immediate tone of powerlessness in that section was one I ultimately decided against. What was the first half of “Blockade” eventually became entirely removed from the poem.
The following is how “Blockade” once began:
This humiliation was started by the government.
Now we’re helpless. 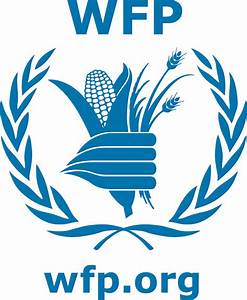 What do you want readers of this poem to take from this poem?  My hope is that The Things We Did, All the Things that We Do helps not only raise awareness of important issues, but  raises funds to support those whose lives have been  permanently altered by war.  To that end, I have pledged to donate 100% of my proceeds from the book to the World Food Programme, which did and continues to do great work for displaced persons around the world.

Has this poem been published before?  And if so where?   Yes, “Blockade” originally appeared in Verse Virtual alongside a few other poems in this series.

Anything you would like to add?   I’d be remiss if I didn’t credit the influence and impact of poet and activist Heather Derr-Smith on my work. She was an invaluable mentor through the writing of “Blockade” and other poems in this collection. Her first book, Each End of the World, which is largely set in the aftermath of the Bosnian War and genocide, shaped my understanding of how poems can simultaneously work for effect in isolation and collectively, as well as awakened me to the power of poetry of witness. 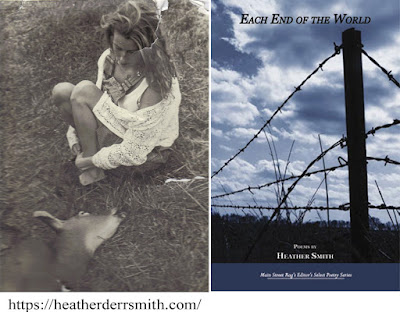 BLOCKADE
We told the police what they did,
and the officers nodded,
smiled.

They ripped our clothes,
we said. They made us walk
naked in front of all their men.

Their general smoked
as we walked,
and he smiled, too.

We told the police this,
kept talking, said the things our mothers
told us not to say.

These men we told, they nodded.

No questions.
Their hands held paper,
and nothing would they write.

Thank you, they said and moved us away.
But do you know our names?

They placed their hands on our backs, pushed us away.
But do you know our names? 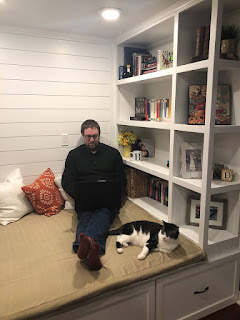 Brian Burmeister is an educator living in Iowa. While earning his MFA in Creative Writing and Environment from Iowa State University, he was President of Ames-ISU for Darfur. His debut collection of poetry, The Things We Did, All the Things that We Do is currently available for preorders from Finishing Line Press. For more information on him or his work, please visit his author website. He can be followed on Twitter @bdburmeister. (Left:  Brian Burmeister in his writing space.  January 10, 2019.  Copyright permission granted by Brian Burmeister for this CRC Blog Post Only)

Posted by Chris Rice Cooper Blog at 7:27 AM