For the poems in my newest book, IMPERFECT PASTORALS, I used lines from Virgil (Right Bottom) as titles, so my process was to find a line I found inspiring, and start from there.  I found the line about the heron and it seemed perfect for a poem I had wanted to write about living in Topanga Canyon and never wanting to leave it—my lethargy and reluctance—and how that sometimes breeds some conflict in my marriage.  I remember that the first part of the poem came quite easily.  I stopped for a while after that, after “The/anchoring point of a marriage is mythical.” 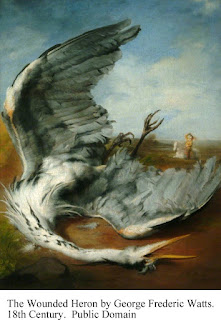 When I returned to the poem I was in a sassier mood, not quite so abstract, and that took me to “comb-over makeover.”  Then I broadened the scope to take in the beach that’s pretty near me, where I’ve seen herons, and I read a chapter in a bird book about herons, where I got the quote.  As you can see, I stayed with the sassy attitude right up to the end of the poem 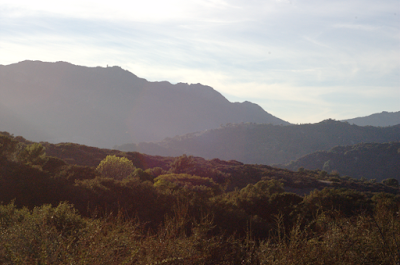 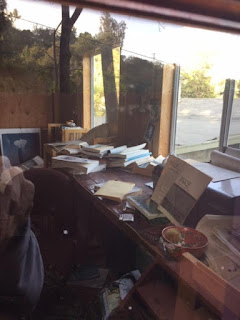 Where were you when you started to actually write the poem?  And please describe the place in great detail.  I have a little detached studio by my house that is my study.  It’s just a shed, basically, unfinished inside—just bare wood—and a lot of books.  I have a long tiled desk top—it used to be the top of a coffee table—sitting on file cabinets. 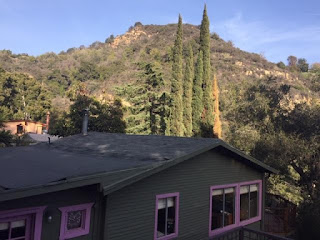 I look out a window at Topanga State Park—very green and hilly.  I’m high above the traffic on my busy street, and can’t be seen by any neighbors.  I love the hidden aspect of it.  My desk is cluttered with books and drafts of poems.  I’m always reading five or six books at a time. 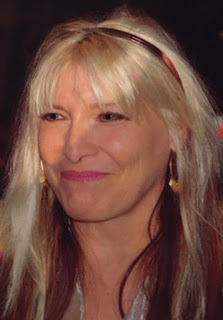 What month and year did you start writing this poem?   I think it was February 2015. (Right)
How many drafts of this poem did you write before going to the final? (And can you share a photograph of your rough drafts with pen markings on it?)   I don’t keep drafts, so I can’t share any.  I make changes to my poems constantly, though. 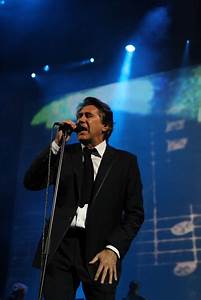 There were probably 50 or more revisions to this poem—from little things to getting rid of whole lines and stanzas.  I do remember changing “motorcycle jacket” to “leather coat.”  I think leather coat is a little more mysterious, less predictable.  Like Bryan Ferry (Left), not Marlon Brando. 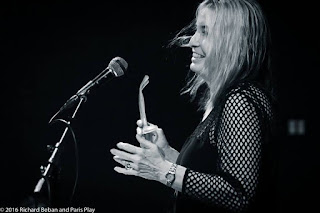 Were there any lines in any of your rough drafts of this poem that were not in the final version?  And can you share them with us?   Don’t have them anymore, unfortunately.  I just tend not to want to revisit all of my stumbling along the way 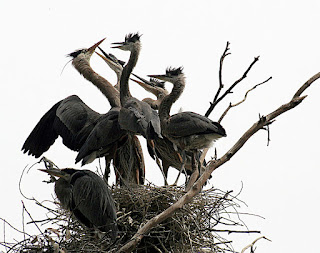 What do you want readers of this poem to take from this poem?   I want them to have a few serious moments about marriages, and getting stuck in marriages, and how they limit us in some ways, and then just have a good time with the notion of somebody who doesn’t want to leave home, someone who’s like a heron in a nest. 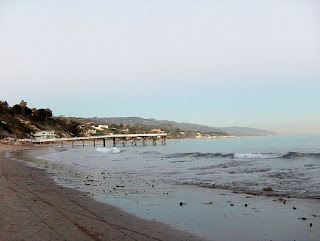 Which part of the poem was the most emotional of you to write and why?   Again, it was the line “The/anchoring point of a marriage is mythical.”  This was hard for me to say because actually I’m in a very good marriage, and do feel anchored, but I wanted to make it clear that it wasn’t the marriage keeping me house-bound. 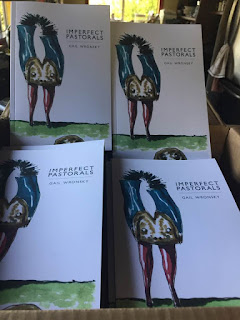 Also, it was hard to write disparagingly about the ocean, which I love, but for the purposes of this poem it, too, had to feel like a trap.
Has this poem been published before?  And if so where?   It was only published in my book IMPERFECT PASTORALS. 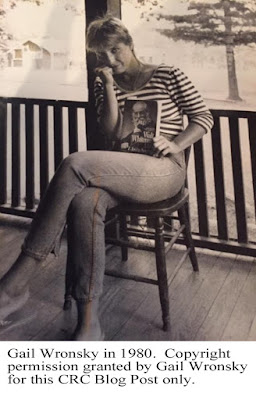 Anything you would like to add?   I think it’s very hard to talk about process—so much of it is intuitive, after 40 years of writing poetry—so much of it is done unconsciously, without conscious thinking.  You just know when something is right, even if it’s not logically connected to the previous line.  You know when the poem has done what it can do on the page.  And you move on to the next one.

The heron leaves her haunts in the marsh

the thick veil of separation
with a thinner veil.  The

anchoring point of a marriage is mythical.  Catch me
off-guard and slip out for some whiskey

I’m not the one in the leather coat and the
comb-over makeover.

Over me the wind’s dumb moan, beside
me the foam and glitter of the Pacific.  The

heron has “one of the most begrudging avian takeoffs.”

Oh fucking hell I’ll go. Have I had a tetanus shot?  Not
for years. 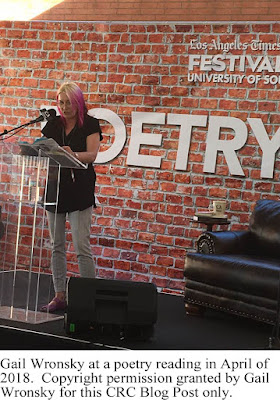 Gail Wronsky is the author, coauthor, or translator of many books of poetry and prose, among them Dying for Beauty (Copper Canyon Press), Poems for Infidels (Red Hen Press), and So Quick Bright Things (What Books Press). 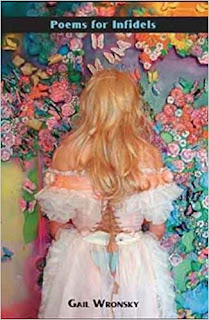 Her translation of Alicia Partnoy’s book Fuegos Florales (Flowering Fires) recently won the American Book Prize from Settlement House Press.  Her poems and essays have appeared in numerous anthologies including Poets Against War; A Chorus for Peace; Wide Awake:  the Poetry of Los Angeles and Beyond; The Black Body; and Coiled Serpent. 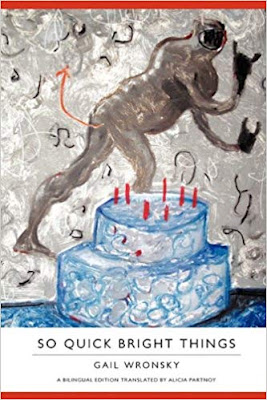 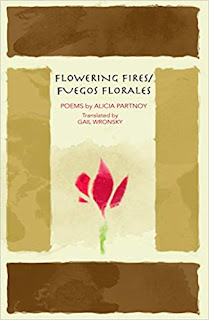 Gail has been a Resident Playwright at Sundance Institute (http://www.sundance.org/now) and has had plays produced in Washington, DC; Salt Lake City; and Los Angeles.  She is a recipient of an Artists Fellowship from the California Arts Council.  In 2015 she was one of four finalists for the position of Poet Laureate of Los Angeles. 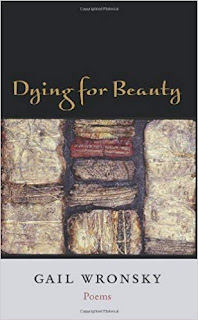