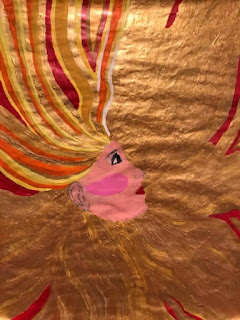 I walked around with the title of the poem, “Views from the Driveway,” in my head and heart for months, maybe years before I wrote it. It was a piece I knew I had to write, as I carried the lines with me forever, based on haunting memories of childhood, carefree days, the colors of summer.  (Right:  Colors of Summer attributed and copyright permission granted by Christal Ann Rice Cooper for this CRC Blog Post Only)

Where were you when you started to actually write the poem?  And please describe the place in great detail.   I wrote the poem at my late mother’s home a month before she suffered a massive stroke. The tragedy tore apart our family and left my mother incapacitated for the next four years. Before that, on visits home to Bryn Mawr, Pennsylvania from New York City to see family, I tended to read a pile of books and write, as it was back before social media and emails infringed on time. So I had the title for this poem brewing in my head. I wanted to use it as the title for my first poetry collection too. I remember sitting on the bedroom floor by a pale blue chaise lounge where my mother tended to read and rest, writing in 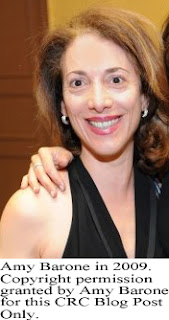 longhand. I didn’t travel with a laptop back then. Times were freer. I also brought the pad on which I was writing the poem to a neighborhood swimming pool one afternoon to refine it.
What month and year did you start writing this poem?   I wrote “Views from the Driveway” on July 14, 2006. 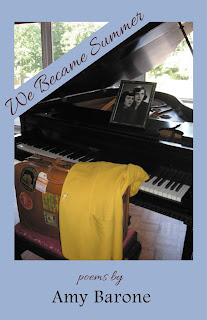 How many drafts of this poem did you write before going to the final? (And can you share a photograph of your rough drafts with pen markings on it?)   The poem wrote itself. It poured out of me and I don’t recall making many edits, perhaps some line edits, but the essence was there from the start. 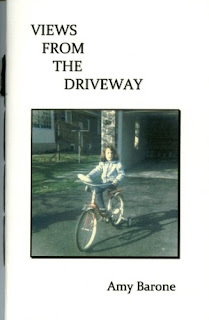 Were there any lines in any of your rough drafts of this poem that were not in the final version?  And can you share them with us?    I don’t recall there being rough drafts of the poem. For my new poetry collection, We Became Summer, I did pull part of the last line in the first stanza. 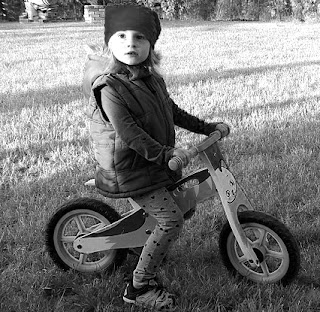 The original version read, “Mastered the initial phases of love-making—visual stimulation—with neighbors, friends, passersby.” Adhering to the guideline of ‘show, not tell,’ I pulled the two words.

I now keep drafts of poems. I’m more of a prolific writer since I left the rat race six years ago. But the poems that write themselves, like “Views from the Driveway,” are gifts. They have a reason for being.
What do you want readers of this poem to take from this poem? I hope readers will relate to the idea of innocence in the poem—simple joys like a bike ride, childhood days with unending time and plans, the background of not-so-sweet realities that could be overcome with trips to an idyllic spot like my local duck pond, harboring no fear of the sun or cigarettes.

When we mature, dangers lurk and fear takes over to keep us healthy, secure, but we can always look back and draw energy and inspiration from earlier times.
Which part of the poem was the most emotional of you to write and why?    I think the second line of the poem was challenging because my childhood wasn’t a completely sunny one.
Has this poem been published before?  And if so where?   The poem appears in my new poetry collection, We Became Summer, from New York Quarterly Books. The book was released in early 2018 and represents my first full-length collection. 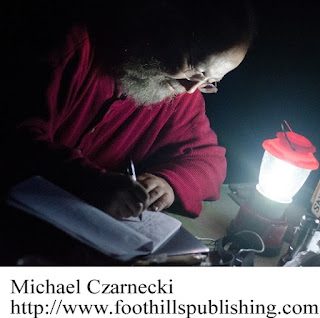 It was also the title poem of my first chapbook, Views from the Driveway, published by Foothills Publishing in 2008. 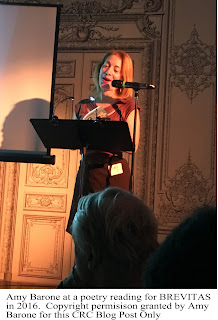 I’m immensely grateful to all my book publishers, but Michael Czarnecki of Foothills came through when many writer friends told me I’d have to self-publish my first poetry book.
Anything you would like to add?   I’m honored and delighted to share this poem and my insights on writing it at “Backstory of the Poem.” 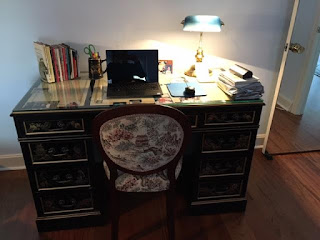 I tend to be a universal poet who writes for a mix of readers, so I hope my work continues to reach a broad population thanks to your support. 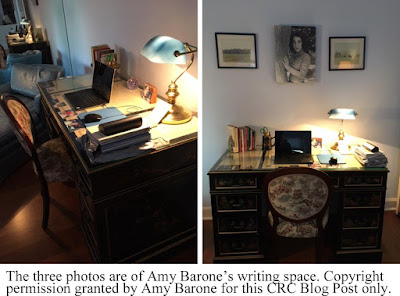 Views from the Driveway

A small stretch of space afforded a window on the world,
the promise of escape from harmful clutches that lurked inside.
Freedom is a bicycle in red or turquoise or deep purple.
Grasping banana-shaped handlebars, one circled toward independence.
Mastered the initial phases of love-making with neighbors, friends, passersby.

On steamy sultry days, the surface shot off a pungent perfume.
Mixing with the sun’s scent on young skin and nubile grass clippings.
Summer in the suburbs had arrived. Butterfly days called for loose plans
and clandestine trips to the private duck pond
to roll down grassy hills and puff on stolen cigarettes.

Time answered most important questions.
And in the Europe of my mind—
breezeways are still in vogue,
families seek shade beneath Kelly green awnings,
girls dare to draw the sun with aluminum foil.
We still marvel at the sight of fireflies come dusk. 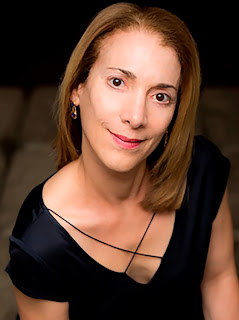 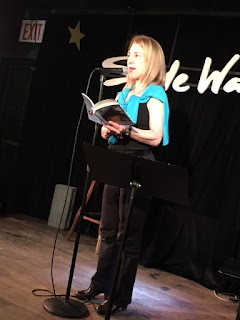 Barone spent five years as Italian correspondent in Milan for Women's Wear Daily and Advertising Age. She is a former board member of the Italian American Writers Association where she co-organized and promoted their monthly readings in New York City. Barone participates at spoken word events in New York City, New Jersey and Philadelphia. She is a professional member of PEN America Center and belongs to the brevitas online poetry community that celebrates the short poem. A native of Bryn Mawr, Pennsylvania, Barone lives in New York City.  (Right:  Amy Barone at a poetry reading on April of 2018.  Copyright permission granted by Amy Barone for this CRC Blog Post Only)

Posted by Chris Rice Cooper Blog at 11:55 AM