#86 Backstory of the Poem "View from Gethsemane" by Marletta Hemphill 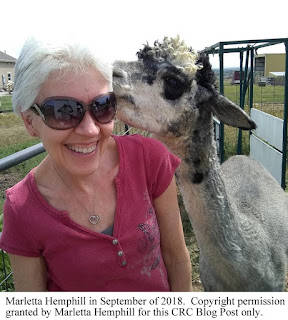 #86 Backstory of the Poem “View from Gethsemane” by Marletta Hemphill
Can you go through the step-by-step process of writing this poem from the moment the idea was first conceived in your brain until final form? This poem was one in a series that I wrote after a trip to the Holy Land in April 2015 (actually written in May of 2015). I wanted to capture the importance of the olive tree in that ancient country as well as something about Gethsemane. 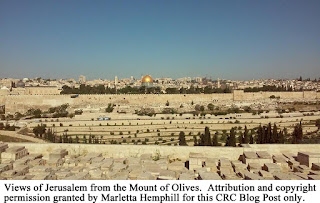 Our group had seen a demonstration of the ancient olive press in Nazareth, where I was impressed anew with the meaning of Gethsemane and its relation to Jesus as He prayed in the garden on the eve of His death.  Since there were 2,000-year-old olive trees in the protected area of that garden's location in Jerusalem, I began with that, which led to my memory of our tour guide’s description of the blossoms so important to the livelihood of that nation. 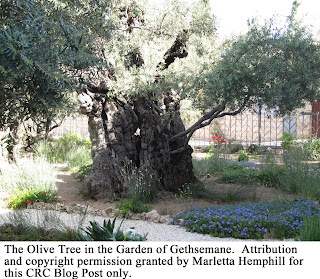 From that it connected seamlessly to the garden and the deeper spiritual meaning. The third stanza with future promise came to me as alight bulb moment, which caught me by surprise.

Where were you when you started to actually write the poem?  And please describe the place in great detail. I was in my home office, seated on my floral sofa, where I could gaze out a window to our back yard as I recalled my experiences from the trip to Israel. 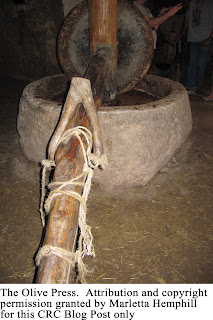 How many drafts of this poem did you write before going to the final? (And can you share a photograph of your rough drafts with pen markings on it?) I typed my first handwritten draft to take to my writing group for critique. I have the habit of discarding rough drafts, though I can see why writers choose to keep them. There were three deleted words 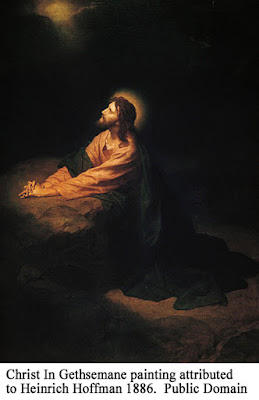 What do you want readers of this poem to take from this poem? I was struck with the significance of the fruitful olive tree in Israel, the meaning of Gethsemane and the work that Jesus accomplished to make us fruitful, complete in Him. The Divine connection to the olive press is no accident. 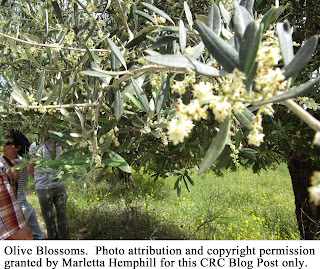 Which part of the poem was the most emotional of you to write and why? The memory of Jesus yielding to the press for our benefit like the unthinking olive moved me. The people of Israel were so dependent on the fruit of the olive tree for nourishment and livelihood that this intentional metaphor should have been impossible to miss. 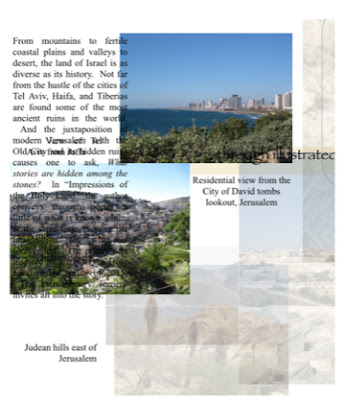 Has this poem been published before?  And if so where? I self-published a book, Impressions of the Holy Land through illustrated poetry, in November 2015, as a way to remember that unforgettable trip to Israel. It was a huge undertaking, as I had never done anything like that before. The poem appears as the one above, without the final changes I submitted to this contest.

The olive trees stand throughout the land.

Abundant white blossoms
Ensure a harvest of plenty.
Plump, ripe, dark fruit
Gladly give of their bounty—
Drops of nourishing oil;
No thought given to the stress
Of yielding to the oil press.

The Savior’s knee bends; life blood He lends.
Abundant life blossoms,
Promising a harvest of plenty.
Fresh, clean, light fruit light
Gladly give from the bounty—
Drops of life-giving oil;
Ever mindful His stress
In yielding to the oil press.

From the mount He ascends, again He will stand. 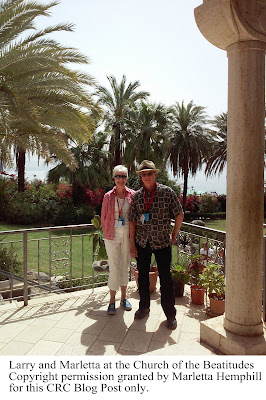 Marletta Hemphill is a missionary wife and mother of three living in Thornton, Colorado. She and her family have lived cross-culturally in Manila, Philippines, and Brasilia, Brazil. She has assisted her husband in ministry to International students at CU in Boulder, Colorado for 23 years. She enjoys singing, Sudoku and crossword puzzles, hiking, traveling, reading, and writing in her spare time.
marletta53@aol.com

Posted by Chris Rice Cooper Blog at 7:05 AM