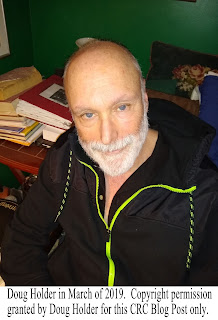 Can you go through the step-by-step process of writing this poem from the moment the idea was first conceived in your brain until final form?  Well the Wursthaus – a German eatery-long gone- in the middle of Harvard Square-was sort of a sacred place for me.  I used to love the dark beer and atmosphere of the place and the patrons where everyone - from professors to the homeless gathered. One day I was walking by its site that is now occupied by high-toned clothing store. The images just flashed by me.  I took my memo pad and wrote them down. 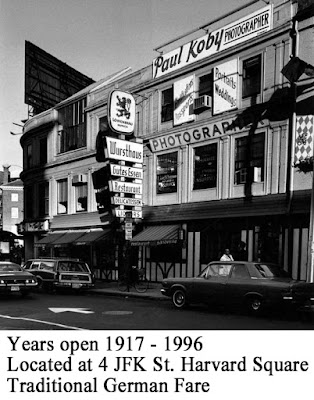 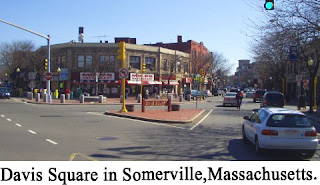 Where were you when you started to actually write the poem?  And please describe the place in great detail.  I can’t remember when I wrote the poem but most of my writing takes place in my favorite Café in Somerville, Massachusetts.  For some reason coffee shops have always been good places for me to write.

How many drafts of this poem did you write before going to the final? (And can you share a photograph of your rough drafts with pen markings on it?) I usually revise a couple of times or more for each poem.  I don’t remember exactly how many times I did this.  Sometimes I will sit on a poem for months before I revise.

Were there any lines in any of your rough drafts of this poem that were not in the final version?  And can you share them with us? I can tell you the poem stayed pretty much the same.  I wrote it a long time ago. 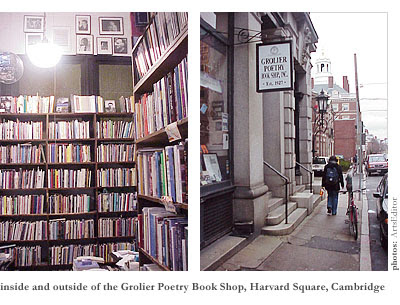 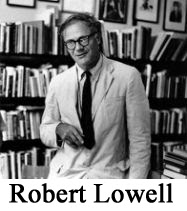 What do you want readers of this poem to take from this poem?  I want to capture a moment in time--a place, a setting. I want them to think about places that were special to them when they read the poem. I want to have a sad/sweet tone--a remembrance of things past--so to speak. The poem most notably hung in the window of the famed Grolier Poetry Book Shop in Harvard Square. The store has a great history as folks like Robert Lowell, Anne Sexton, Jorie Graham, Robert Pinsky, frequented there. 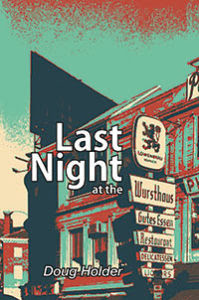 Has this poem been published before?  And if so where?  I used it for my latest collection Last Night at the Wursthaus.

Anything you would like to add? This is a poem dedicated to a famous eatery in Harvard Square that is long gone from the scene.

Last Night at the Wursthaus

How I miss
that hush from the Square
the dark oasis
contemplating my beer
as things come to a head.
The ancient waitresses
their surliness an art
bark the orders
through the swing of doors
And at the bar
scholars of the academy
and everyday scholars of life
share the same expanse of
polished wood
I used to strain
to hear the bits of wisdom
old man Cardullo spit from
his cigar-studded mouth
the rancorous jokes
the cops told
huddled around him
in an enigmatic cabal.
And now
at this same corner
pretty boys on posters
smile
with hardened torsos
and I am swept away
to wherever . . . the crowd goes. 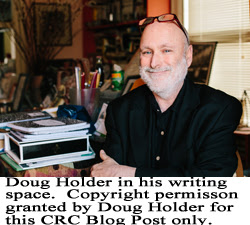 Doug Holder is the founder of the Ibbetson Street Press.  His work has appeared in many small press journals and newpapers.  He currently teaches at Bunker Hill Community College in Boston and Endicott College in Beverley MA.  For over 30 years he had run poetry groups for psychiatric patients at McLean Hospital in Belmont, MA.

He can be reached via email at
dougholder@post.harvard.edu

Poet to Poet/Writer to Writer  http://www.poettopoetwritertowriter.blogspot.com

Posted by Chris Rice Cooper Blog at 6:07 AM