#116 Backstory of the Poem "DIVORCE" by Joan Barasovska 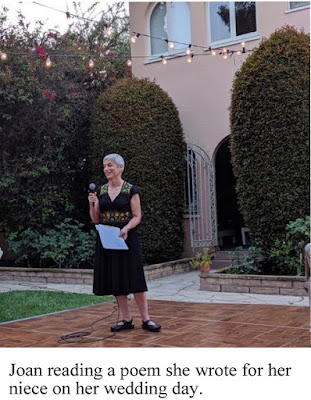 #116 Backstory of the Poem
“Divorce”
by Joan Barasovska 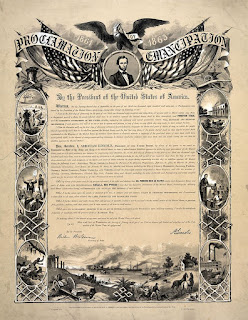 “Divorce,” the pivotal poem in my first book of poetry, Birthing Age (Finishing Line Press, 2018) (https://www.finishing
linepress.com/), was born of another poem, “Emancipation,” which it replaced in the accepted manuscript. 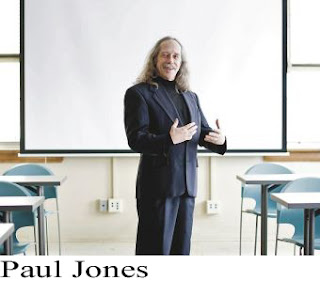 org/pjones/
blog/about-
paul-jones/), had read the manuscript and urged me to remove “Emancipation.” That poem’s epigraph is from Abraham Lincoln: “If slavery is not wrong, then nothing is wrong.” I used an extended metaphor of a female house slave who contemplates murder of the master to explain my plight as a subjugated wife and the courage it took, “the final insurrection,” to leave the marriage. The last line is “I am my Great Emancipator.” I was surprised by Paul’s advice. He said that using a slavery metaphor for my life was unacceptable, as I’m a white, middle-class woman. I thought that, being a man and knowing nothing about a woman’s experience, he couldn’t understand the poem. 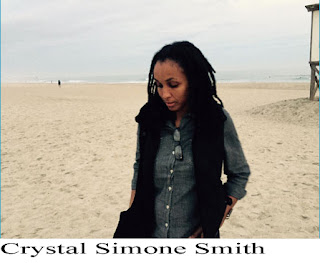 But doubts lingered, so I showed it to another poet friend, Crystal Simone Smith (http://crystal
simone
smith.com/), an African American woman. Crystal is also a poetry editor and her warning was sufficient. I had to pull “Emancipation” and replace it with a poem just as significant and pivotal to the book. She said that though the poem would resonate with those in “this thankless role,” she agreed with Paul. “There is a term used in the black community: ignorant white bliss. I know your heart is in that poem and your intent is honorable, but I would rather you not risk being labeled that way.” She was right. I had not been enslaved, and this was not my metaphor. I needed a metaphor just as compelling but one that arose from my own ancestry. I left for the Gathering of Poets in Winston-Salem, a conference I’ve attended for five years. I took my favorite route, 54 West to the interstate, rural, gentle, and green in early spring. 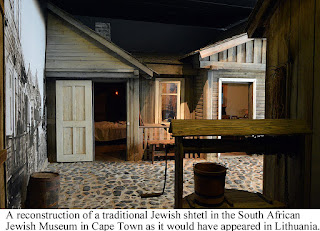 I was struggling for that metaphor and it arrived while I drove and became the first words of a new poem: “In the shtetl of my heart…” The shtetls in the Pale of Settlement in late 19th and early 20th century Russia were the homes of my grandparents before they emigrated to Philadelphia. Here was the image of oppression that opened the poem to me. The following day, Saturday, I was distracted during the conference workshops and readings. 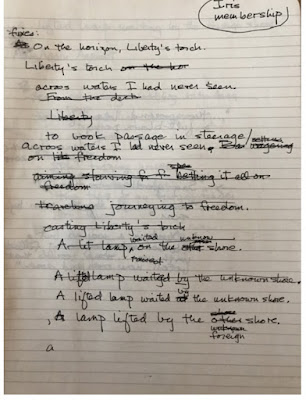 I tried out lines in the margins of my notebook while taking workshop notes. On the drive home Sunday morning, again on 54, I pulled over in the empty parking lot of the Dollar General in Graham, North Carolina, and wrote “Divorce” without pausing. I wept when I finished, a near-guarantee of a good poem.

Where were you when you started to actually write the poem?  And please describe the place in great detail. The poem was written in the driver’s seat of my 2005 silver Honda Accord in the empty parking lot of the Dollar General in Graham, North Carolina, fifteen miles from my home.

What month and year did you start writing this poem? It was late March, 2018, on a sunny Sunday morning. 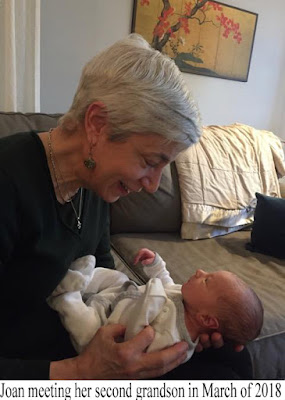 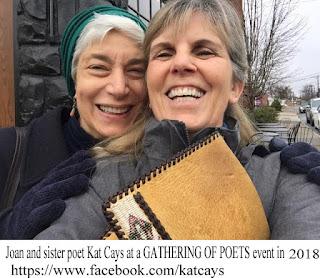 How many drafts of this poem did you write before going to the final? (And can you share a photograph of your rough drafts with pen markings on it?) There were many drafts, but fewer than I usually write because of the time I’d spent writing it in my head while driving and during stolen moments at the conference. My big problem was the final line, as I explain below. Unaccountably, I can’t find the notebook where I wrote this poem—I always compose on paper—or the notes from the 2018 Gathering of Poets.  I have poetry notebooks going back to the ‘60’s, but not this one.

Were there any lines in any of your rough drafts of this poem that were not in the final version?  And can you share them with us?  The only line that changed was the final one. Originally it was “I am my own Lady Liberty,” echoing “I am my Great Emancipator” in “Emancipation.” I didn’t like the boasting tone. In the following week I fretted over it—see photo below—until I remembered the final words of Emma Lazarus’s (Left) poem engraved at the foot of the Statue of Liberty, “I lift my lamp beside the golden door.” My grandparents had walked through that golden door. The final line of “Divorce” became, “A lifted lamp waited by the foreign shore.” 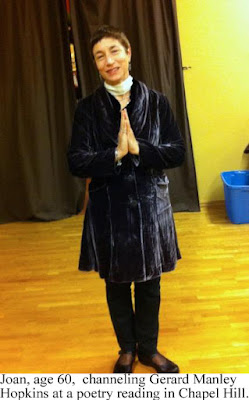 Which part of the poem was the most emotional of you to write and why? The line “…across waters I had never seen” still brings tears to my eyes. Leaving a very long marriage at 60, leaving its protection and security for the complete unknown, without plans, was not unlike my grandmother’s leaving her town of Novgorud, Lithuania, for Philadelphia in 1908. 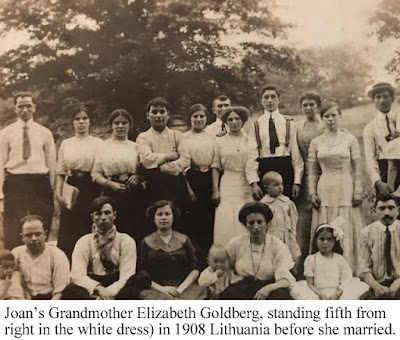 Has this poem been published before?  And if so where? My editor accepted “Divorce” as a substitute for “Emancipation” and it was published in my chapbook, Birthing Age, by Finishing Line Press in October, 2018. 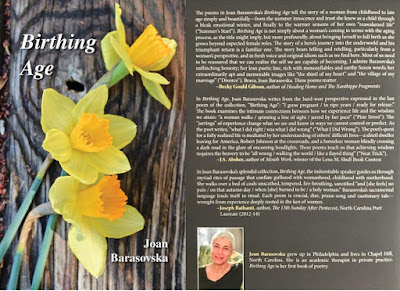 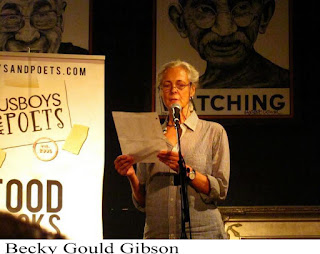 Anything you would like to add? “Divorce” was quoted or referred to in all three of the blurbs of my book. Becky Gould Gibson wrote, “…her extraordinarily apt and memorable images like ‘the shtetl of my heart’ and ‘the village of my marriage.’” During readings from my book I recite the poem. It is the poem in Birthing Age that most moves me. It was the poem I didn’t want to write.

In the shtetl of my heart I hoed weeds in rows
of cabbages and potatoes. Mud crusted the hem
of my black wool skirt. I stoked an iron stove
to boil the thin peasant soup that fed my family.
Daily, I tied a faded babushka under my chin.
I muttered curses on the Tsar’s head and wished
him dead. In the village of my marriage,
I hid kopeks in a twisted rag, tokens of my rage.
At last, by moonlight, I trudged miles,
footsore in worn boots, to book passage
in steerage across waters I had never seen.
A lifted lamp waited by the foreign shore. 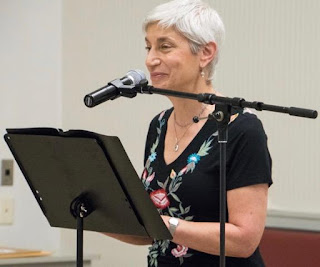 Joan Barasovska lives in Orange County, North Carolina. She is an     academic therapist in private practice, working with children with learning disabilities and emotional and behavioral challenges. Joan cohosts the Flyleaf Books Poetry Series in Chapel Hill. She serves on the Board of the North Carolina Poetry Society. Birthing Age, from Finishing Line Press (2018), is her first book of poetry.
msjoan9@gmail.com