#119 Backstory of the Poem:
“In Remembrance of Them” by Janet Renee Cryer

Can you go through the step-by-step process of writing this poem from the moment the idea was first conceived in your brain until final form? When I write a poem, it just comes to me. There isn't a planning or thought session when I write. The only time I had that is when I taught a poetry class. It was the hardest writing I did because it was structured. My work is typically not structured. Something random will pop in my head. Then I will sit down to write. When the thought has completely dissipated, the poem ends. 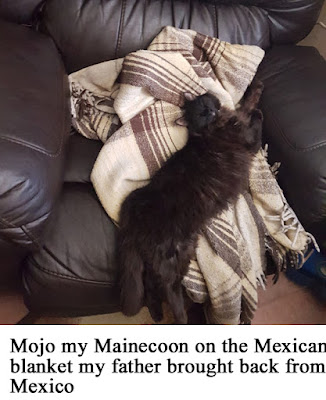 Where were you when you started to actually write the poem? And please describe the place in great detail. I was sitting in the living room watching t.v.  My friend had asked me to write a piece for their reunion. I didn't write this piece for months after she asked me. Then a random commercial, I couldn't even tell you what it was came on and I remembered I had to write a piece for my friend. I messaged her to make sure it hadn't been too late. Most of our school reunions happen in September and it was already like June the next year. I just remember it was cold because my husband keeps the a.c. on full blast. I was sitting in my huge leather recliner with a blanket covering me. It is a Mexican blanket my father brought back from a missionary trip. I cuddle in it year round. It is yellow based with brown stripes vertical and horizontal.

What month and year did you start writing this poem? I believe it was June but could have been May.  June 2018 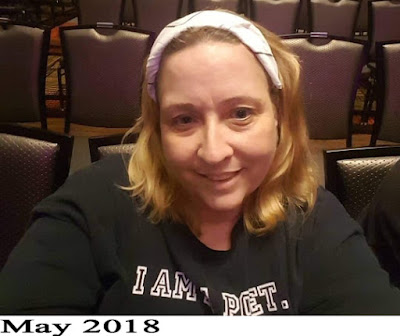 How many drafts of this poem did you write before going to the final? (And can you share a photograph of your rough drafts with pen markings on it?) This was a poem I wrote on my phone. Sometimes I don't always have a pen and paper so I write on my phone. Actually, until I got a new notebook, I have been writing on my cell more than on paper. I did one rough draft and normally I don't do any. The reason being, my spirit knows exactly what message I need to write. The only reason, I would have to do a rewrite would be for grammatical purposes. 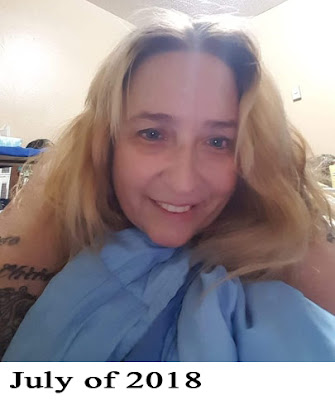 Were there any lines in any of your rough drafts of this poem that were not in the final version? And can you share them with us? The word Keep was removed but outside that, no.

What do you want readers of this poem to take from this poem?
This poem was about classmates that have passed on. That no matter if the classmates are here in life or passed on a piece of them will always remain. Not to forget that each of us that walk the halls of the school leaves a bit of us there. 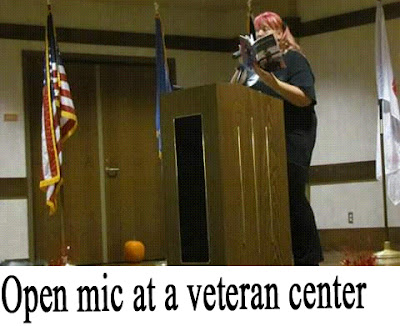 Which part of the poem was the most emotional of you to write and why? All of it was. Even though I was writing for the class that graduated prior to us, I was remembering our classmates that passed on and it was not too long after my father passed, so it brought me back to him as well. I was nearly crying by the time this was completed. We have lost too many people too early in life. I really didn't want to write this piece but I always tell my friends if they need me to write for them, I will. So I did. I was one of the first piece I wrote since my father's passing two years prior. 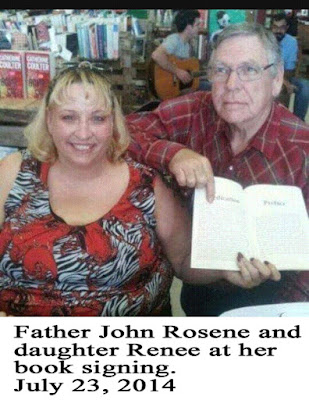 Has this poem been published before? And if so where? No, it hasn't. I was waiting to post it on fbk until after the high school reunion. It was to take place in June 2019 but there was a hiccup in the plans. So they had to postpone it.

Anything you would like to add? Don't let the world boss you. You have to be true to yourself. If you aren't you are going to block all the blessings you can and will receive. Though I don't write as often as I formerly did, it doesn't mean I am not a write/poet/author. God gave me this gift to share and love all. God loves you and so do I!!

In Remembrance of Them...

As we walked down the aisle of graduation,
We have no idea where of what we will be doing next,
Dreams of doctors, football players, and teachers are on our mind,
Making sure we made the grade,
Working every summer to save our coins.
One thing we don't plan on in our early life,
We don't foresee death before retirement,
Yet it happens,
We have already lost so many,
Though they are still here,
Some in our hearts,
Some in our memories,
But a piece of every student continues to walk the halls,
The Eagle guides us into our next dimension,
Whether it is continuing our life long dreams,
Our souls taking an early rest,
Or just taking a vacation before the next step,
So as we look around us,
Seeing seats that are no longer filled with bodies,
Those that are no longer with us in the flesh,
Will always be with us in mind and soul,
Just remember their smiles,
Our laughter,
Our tears,
Cheering for the next win,
Hugging because we struggled,
We all have a destiny,
Theirs have already been fulfilled,
So lets keep take a moment,
Remember all as we gathered again,
No matter what happens,
We all will be flying on the wings and prayers,
Today, we have smiles,
Tonight, there will be no more tears. 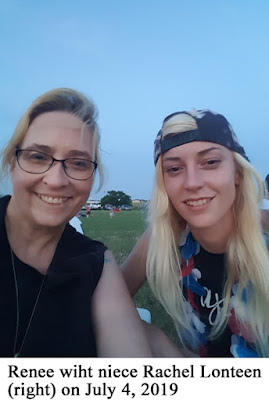 Though on stage and social media you know me as Starr Poetress, I am Janet Renee Cryer. Long time and poetic friends call me Starr but that is slowly changing to back to Renee. This is about me, the President of Growth of The Poets Without Limits Magazine here I go: I am a Christian, Wife, Mother, Daughter, Sister, Friend, and published author. You can find me on Amazon.com, Broken Bars Publishing, Lulu.com for independent books, and in multiple anthologies via Inner Child Press and other publishing houses.  I welcome friends since I never met a stranger. I was, formerly, the senior editor for other editorials in Oklahoma.  I pray you have a blessed day and don't forget to write from the soul, that is where our muse speaks to us from... JRC
Poetress@rocketmail.com
Facebook: https://www.facebook.com/1hotpoetress
On Instagram:  starrsky55

#118 Backstory of the Poem
“Dear the estranged,”
by Gina Tron
https://chrisricecooper.blogspot.com/2019/07/118-backstory-of-poem-dear-estranged-by.html

#119 Backstory of the Poem
“In Remembrance of Them”
by Janet Renee Cryer
http://chrisricecooper.blogspot.com/2019/07/119-backstory-of-poem-in-remembrance-of.html