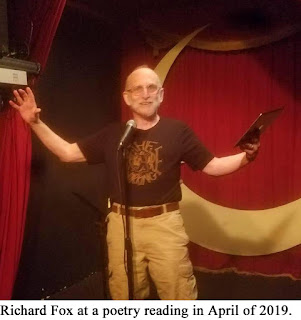 #104 Backstory of the Poem
“How to tell my dog I’m dying”
by Richard Fox
Can you go through the step-by-step process of writing this poem from the moment the idea was first conceived in your brain until final form? In 2016, I was diagnosed with terminal cancer. My wife, children, family, and friends understand what that means. When I die, they will know why my physical remains have disappeared. 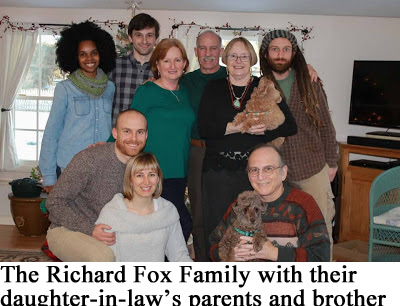 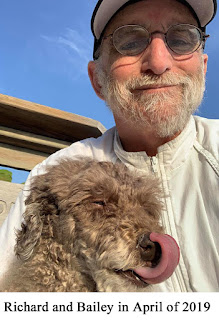 How do I explain this to my dog? Does he comprehend how sick I am? Human and dog are bound by miraculous ties. We share our lives in a unique way.
My approach is to free-write on my computer, then pick away at it until I’m satisfied to call it a draft. I bring my drafts to my writing group (been together since 1998) for feedback. Then I work the poem until I’m ready to “abandon” it. “How to tell my dog I’m dying” followed a different path. Version #1 was submitted to journals. In the interim, I had a manuscript consultation for You’re my favorite horse (published by Big Table Publishing in 2017). 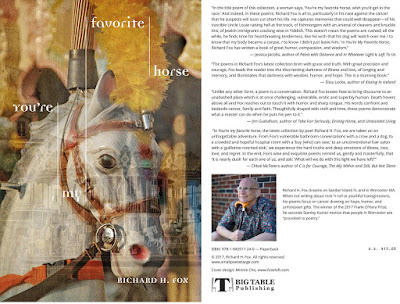 The poem was singled out and we broke it down in great detail. I looked with fresh eyes and the result was the final version.The poem is free verse. I never considered a traditional form. 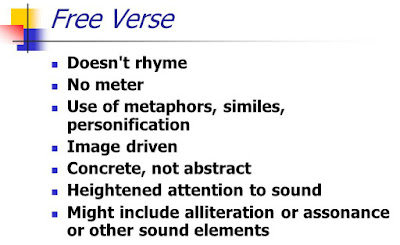 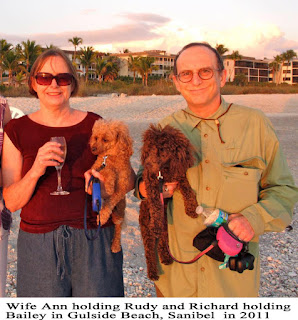 Where were you when you started to actually write the poem? And please describe the place in great detail. I was on a break in treatment between brain radiation and chemotherapy for my lungs. We went to Sanibel Island and my dog & I walked the beach daily. Mortality and the scope of pending treatment occupied my thoughts. My dog has a special expression that he shows only me. He’s communicating love and happiness. We’d stop and watch the waves, dolphins, and pelicans. I talked to him and he listened using a paw or a kiss to answer. I told him I was sick and dying, that I would leave him one day, that there was no choice. What could he perceive through his senses? What do dogs understand about the cycle of life? 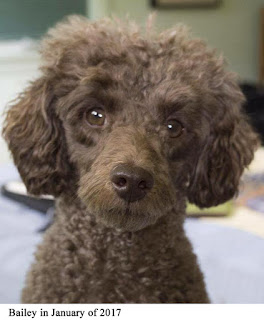 I sat on the couch with my dog next to me sleeping. He knows when I’m writing and when I finish a session. The poem came easily. It was time to get the words on paper where I would learn what I was really thinking. Once on the page, the distress lost most of its power. 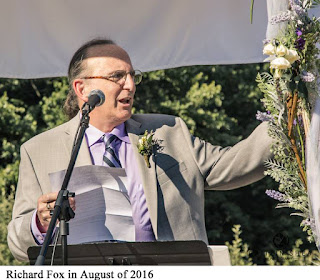 What month and year did you start writing this poem? September 2016 is my best estimate.
How many drafts of this poem did you write before going to the final? (And can you share a photograph of your rough drafts with pen markings on it?) I can’t write with pen and paper. Disability issue.] 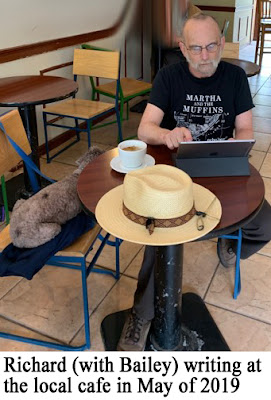 I free-write then pick, pick, pick at the poem. Imagine I had a working draft, a draft, and then version #1. Later, i ripped the poem apart, brought it back to my writing group, and ended with the finial version.

Were there any lines in any of your rough drafts of this poem that were not in the final version? And can you share them with us? I cut many lines that I loved. It hurt but I knew it made the poem stronger. One of the challenges of writing poetry is knowing that only the vital words will remain, that I cannot fall in love with lines. If a word does not do a singular job, it must go. Brevity with clarity is the goal. 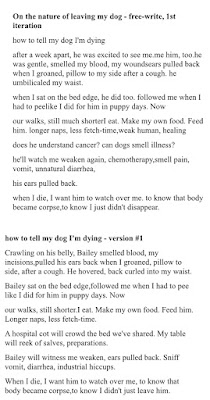 The cut lines jump out when comparing the two versions.

What do you want readers of this poem to take from this poem? The poem is direct. With all poems, I want the reader to find find themselves in the space between the words. The images should be revealing for reader and writer.

Which part of the poem was the most emotional of you to write and why? The last verse. It’s fear without answer.
Has this poem been published before? And if so where? Soul-Lit http://soul-lit.com/poems/V15/ 9.
Anything you would like to add? Thank you for this opportunity, Car.
how to tell my dog I'm dying
Bailey smells blood, discharge from my incisions. He crawls on his belly, ears pulled back when I groan, pillow to side, after a cough.
Bailey curls his back to my waist, sniffs and stares in my face, watches me spit into a bowl.
I need the toilet. He leaps off the bed, trails me to the bathroom. I think back to his puppy days, following him until he peed.
When I die, I want him to watch over me, to know that my body became a corpse, to know I didn't just leave him. 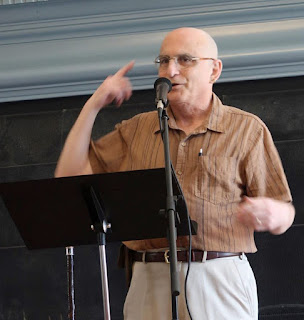 Richard H. Fox dreams three-decker rainbows encircle The Woo. When not writing about rock ’n roll or youthful transgressions, his poems focus on cancer drawing on hope, humor, and unforeseen gifts. He is the author of three poetry collections: Time Bomb (2013), wandering in puzzle boxes (2015), You’re my favorite horse (2017) and a chapbook: The Complete Uncle Louie Poems (2017). The winner of the 2017 Frank O’Hara Prize, he seconds Stanley Kunitz' motion that people in Worcester are "provoked to poetry.”
fox@smallpoetatlarge.com
smallpoetatlarge.com 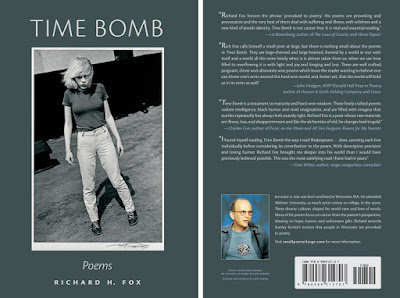 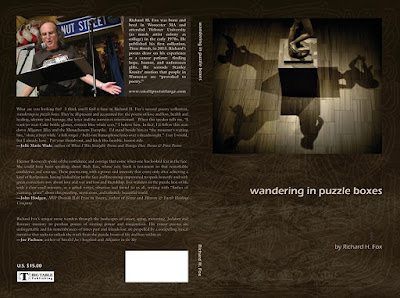 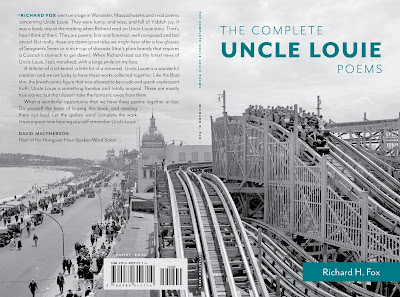 Posted by Chris Rice Cooper Blog at 11:10 AM