#126 Backstory of the Poem "LEGS" by Cindy Hochman 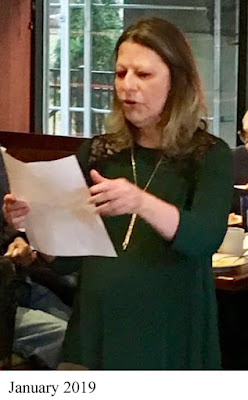 #126 Backstory of the Poem
“Legs”
by Cindy Hochman

Can you go through the step-by-step process of writing this poem from the moment the idea was first conceived in your brain until final form? First off, Christal, I want to thank you for giving us poets a platform in which to discuss our work. I am honored to be a part of it.
As someone who is notorious for frequent and stubborn bouts of writer’s block, I’m always thrilled when a poem—any poem—starts simmering in my brain. I knew I wanted to write a poem with a nostalgic bent, and I pretty much knew it would end up being a short prose poem, since that has been my “comfort zone” for the past few years. Once I got the “back when I” cadence in my head, the images just started coming—I’m sure I had the phrases ether-eyed and doe-legged and wild wheat hair jotted down in my notebook (I keep a little journal in case I suddenly get inspired, and eventually some of those words or concepts make it into a poem, though sometimes it takes a few years). 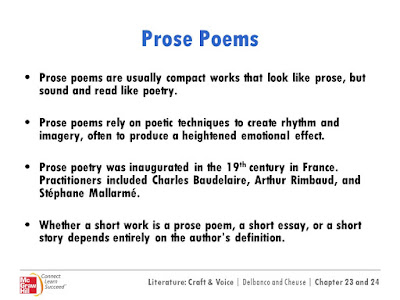 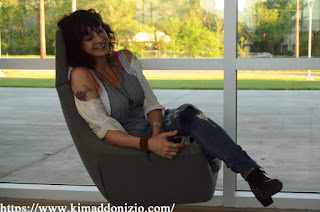 One of my favorite poets is Kim Addonizio and I believe I was trying to channel some of the wildness and whimsy that’s present in Kim’s poem “What Do Women Want?” (Google it.) A “quick trigger tongue” is something my mother always told me I had, in the sense of always retorting with a snappy and often wise-ass answer, so I threw that in there too. The “sea-spray and foam” harkens back to my mad youth; I lived, and still live (though I’ve had some pit-stops in between) in Sheepshead Bay, Brooklyn, right near the actual bay, where my ex-husband (who was not my husband at the time, and that’s a whole other story) and I had a little speedboat. 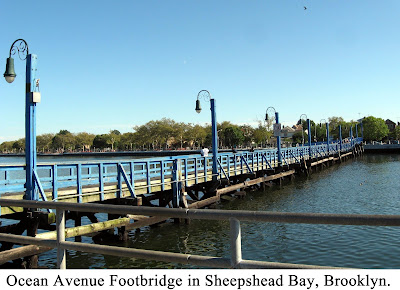 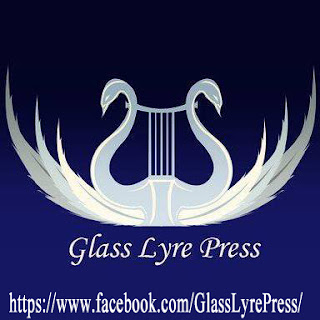 When this poem was finished, and it probably took less than an hour to write, I was pleased with it. I was even more pleased when, upon reading it at open mics, several people suggested that I should write a whole series of poems focusing on various other body parts, and I took them up on the challenge. My next poem was “Mouth,” and then “Fingers,” and that spurred me on to do some more of them, and it ended up being a thirteen-poem chapbook, the bulk of which are prose poems or one-liners, which was published in 2015 by Glass Lyre Press. 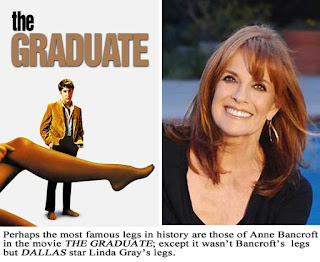 There’s even a snarky little poem about Dick Cheney in there called “Heart,” which is the one that people seem to enjoy the most (though I believe “Legs” runs a close second).

Where were you when you started to actually write the poem?  And please describe the place in great detail. Oh, I’m so glad you asked that question, because I remember it distinctly. I was in, of all places, the hair salon. Since I was getting blonde highlights and a short haircut, and since that usually means three hours of sitting around doing nothing, it was my mission to write a poem while I was there. I came armed with a yellow legal pad, some pens, and those aforementioned jotted-down notes, and I was happy when the muse decided to take the seat beside me (though I don’t know if she was getting highlights too). The salon was one of those fancy spa-type places (translation: way too expensive!), not especially conducive to writing poetry, but I was determined. I’ve never been sure why the poem ended up being “Legs” and not “Hair,” but I rationalize that I at least included a reference to my blonde hair. 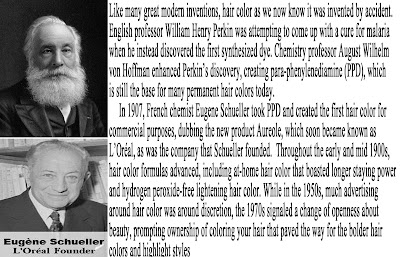 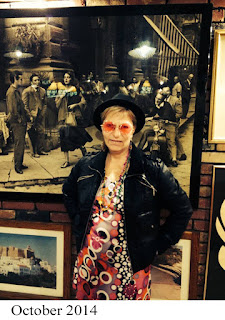 What month and year did you start writing this poem? My best guess would be sometime in the summer of 2014, most likely a Saturday or Sunday. And I not only started writing this poem then, I finished it too; that very day, in fact.

How many drafts of this poem did you write before going to the final? (And can you share a photograph of your rough drafts with pen markings on it?) Although my poems usually go through a bunch of iterations, with balled-up pieces of paper all over the floor before they get to final form, this one I pretty much did in one take. I always say that, like the mythological warrior Athena, it sprung fully formed from the source (in Athena’s case, Zeus; in my case, memory). I’m sure I made a few minor edits in wording or syntax along the way, but it was one of those poems that just started flowing when I started writing. God, I love when that happens; don’t you? 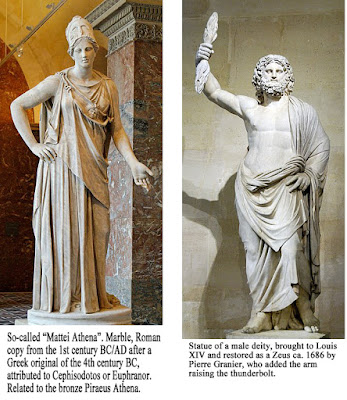 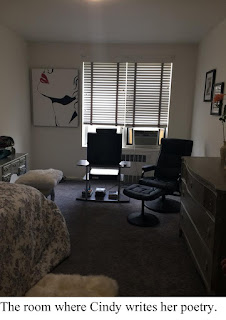 Were there any lines in any of your rough drafts of this poem that were not in the final version?  And can you share them with us? I don’t really think I took anything out, but if I did, you can be sure it ended up back in my notebook for future use.

What do you want readers of this poem to take from this poem? Anything they want or feel, which is the whole point of poetry. Of course, my intent was a little nod to my twenties (I was in my fifties when I wrote the poem) and to capture a sort of sweet free-spiritedness, whether or not it’s an accurate account. I was going for a tone of wistfulness, but not really a sad lament about the past. Mostly, I just hope people enjoy the imagery, the alliteration, the subtext of spirituality, and perhaps the bit of mild erotic teasing that was my rai·son d'ê·tre in those days. 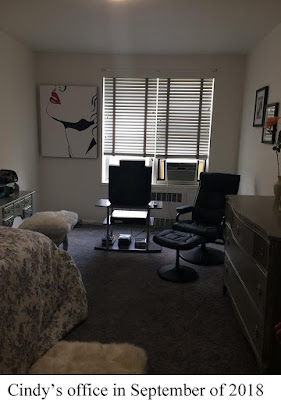 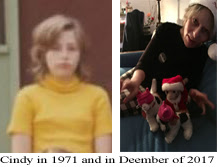 Which part of the poem was the most emotional of you to write and why? The line when I was not so wound up and not so wounded. It’s probably not the case that I was ever as calm and confident as these lines infer, but in a sense that’s how I chose to remember it, so I’m guessing there is something significant in that. And, of course, my legs really don’t look as good as they did back then, and no, the newfound wisdom that comes with aging is NOT an adequate substitute, so pooh! 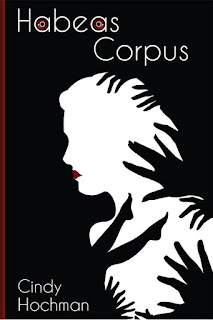 Has this poem been published before?  And if so, where? I’m pleased to say that it was originally published in a lovely anthology put out by Pirene’s Fountain (thank you, Ami Kaye), and then it was included in my chapbook Habeas Corpus, published by Glass Lyre Press, which is associated with Pirene’s Fountain (thanks again, Ami!). It’s one of my favorite poems to perform at readings because I get to wink and act coquettish. 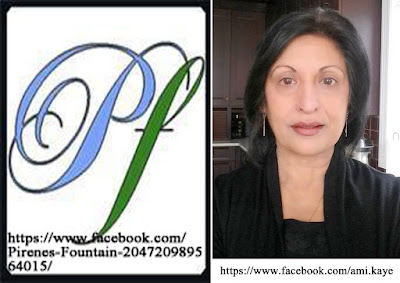 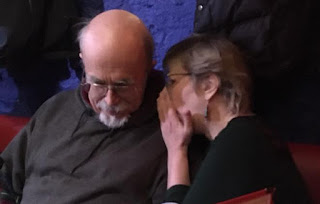 Anything you would like to add? I want to give kudos to my fellow short-prose-poem writers, especially Bob Heman, and I hope that poets will experiment with this form and see where it leads. (Left:  Bob and Cindy in March of 2017) 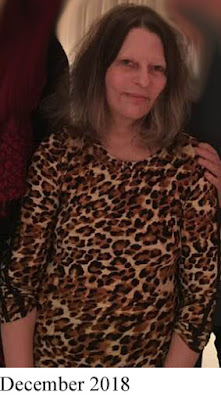 I was born in Brooklyn, New York, and have lived here most of my life, except for a brief period in North Miami, Florida. I love poetry and ingest it often; I love chocolate but ingest it rarely; and I love cats (don’t worry; I’ve never eaten one). My poems have been published widely around the globe. I am on the book review staff of The Pedestal magazine and have written reviews for American Book Review, Clockwise Cat, great weather for MEDIA, Home Planet News, and others. I recently wrote an essay about the New York subway system and its relation to the creative impulse and it was translated into Italian (by poet/editor Erika Dagnino) and published in a political tract. 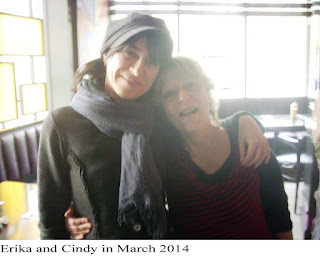 I am the editor-in-chief of the online poetry journal First Literary Review-East. My associate editor, Karen Neuberg, and I encourage those who are not familiar with it to check it out at www.rulrul.4mg.com. Although we have poetic biases, we consider any style and subject; however, the poems must be 16 lines or fewer. 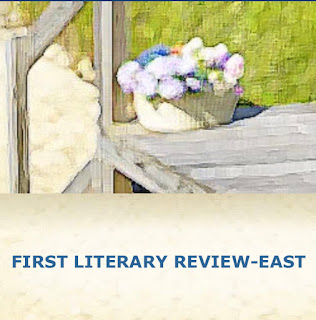 In keeping with a New Year’s resolution I made, I recently signed up for a Babbel course to study (lordy, lordy, lordy) Russian. I am of Russian heritage, my neighborhood is heavily Russisan, and I just had a desire to learn the “song of my people,” although, ten lessons in, I’m already quite flummoxed.

And now I’ll end my bio with a shameless plug (because what’s a bio without a shameless plug?). After spending the bulk of my career as a legal assistant, I started my own editing business, “100 Proof” Copyediting Services, which is a lot more creative and gratifying than typing and researching a bunch of legalese. I proofread and copyedit poetry chapbooks, full-length poetry books, novellas, novels, memoirs, and, as Sarah Palin would say, “everything that’s put before me.” 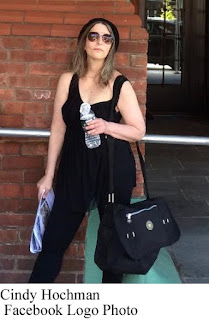 I have a decent track record of helping poets, including newbie poets who are just testing the waters with their work, get published. My rates are reasonable, my work is careful and thorough, and I love working one-on-one with writers and poets, so please, please hire me for your next project!
I can be contacted at poet2680@aol.com

#118 Backstory of the Poem
“Dear the estranged,”
by Gina Tron
https://chrisricecooper.blogspot.com/2019/07/118-backstory-of-poem-dear-estranged-by.html

#119 Backstory of the Poem
“In Remembrance of Them”
by Janet Renee Cryer
http://chrisricecooper.blogspot.com/2019/07/119-backstory-of-poem-in-remembrance-of.html

#121 Backstory of the Poem
“My Mother’s Cookbook”
by Rachael Ikins
https://chrisricecooper.blogspot.com/2019/08/121-backstory-of-poem-my-mothers.html

#122 Backstory of the Poem
“Cousins I Never Met”
by Maureen Kadish Sherbondy
https://chrisricecooper.blogspot.com/2019/08/122-backstory-of-poem-cousins-i-never.html

#123 Backstory of the Poem
“To Those Who Were Our First Gods”
by Nickole Brown
http://chrisricecooper.blogspot.com/2019/09/123-backstory-of-poem-to-those-who-were.html

#124 Backstory of the Poem
“Looking For Sunsets (In the Early Morning)”
by Paul Levinson
https://chrisricecooper.blogspot.com/2019/09/124-backstory-of-poem-looking-for.html

#125 Backstory of the Poem
“Tracy”
by Tiff Holland
https://chrisricecooper.blogspot.com/2019/09/125-backstory-of-poem-tracy-by-tiff.html